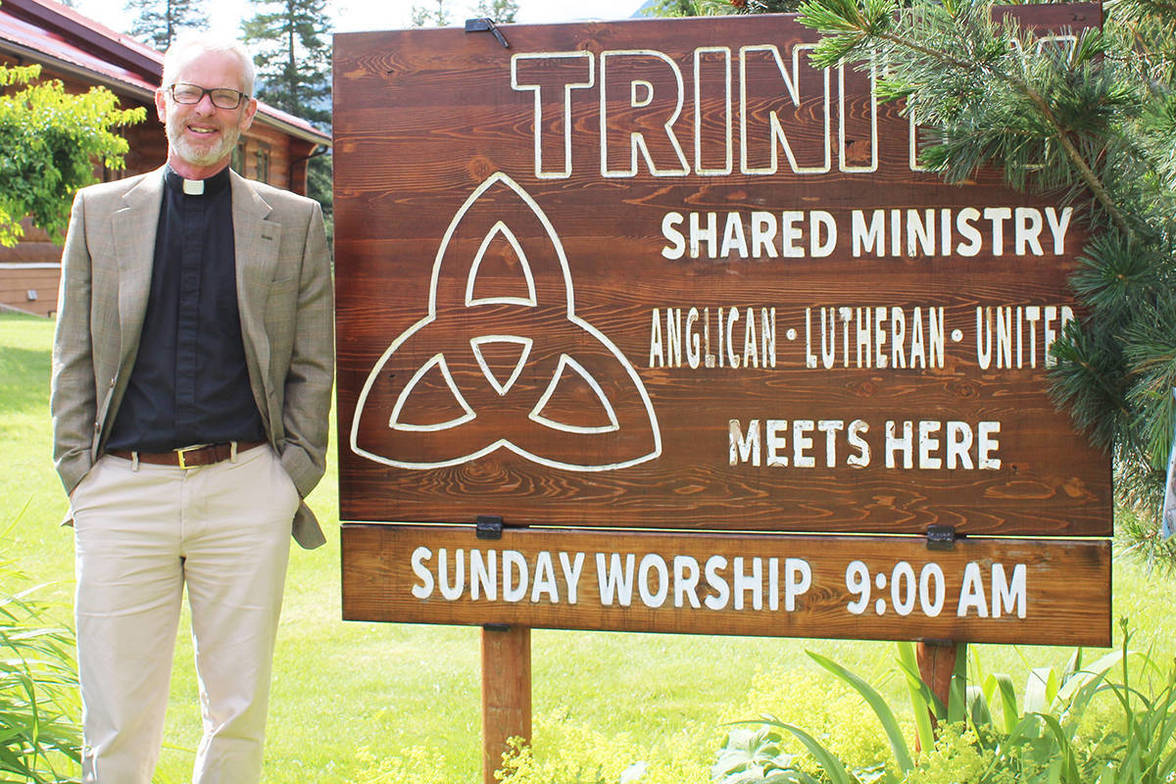 Clearwater and Barriere have a new reverend, Bruce Chalmers, who will do double duty at Trinity Shared Ministry and the Church of St. Paul.

Chalmers started on June 15, after Trinity Shared Ministry went nearly a year without a reverend.

“I live in Barriere and I’ll be coming up (to Clearwater) one day during the week at least. Then on Sundays, neither congregation is meeting for regular Sunday worship, certainly Trinity here is not, all because of COVID-19 and being attentive to what needs to be done,” said Chalmers.

“We’re going to look at that here in Clearwater in late August or early fall for resuming regular worship.”

As for Barriere, Chalmers said on July 19 the Church of St. Paul began meeting twice a week outside on the church lawn to allow for proper social distancing, though the meetings will be at the mercy of the weather.

The new reverend arrived from Toronto on June 5, though he’s no stranger to the area having lived in 100 Mile House, Kamloops and Sorrento.

“My wife and I moved to 100 Mile House in 1999 from London, Ont., with our kids, we had three preschoolers. We spent four and a half years there, and then 12 and a half years in Kamloops,” said Chalmers, noting his wife is also ordained.

“(That was) followed by two years in Sorrento, then we moved back to Toronto where my wife had a position at a church, and here we’re back.”

Chalmers said he loves being back in the area, though admitted it’s a challenging time to be settling into a new position, especially one that’s as people-oriented as being the reverend of two churches.

He also enjoys being involved with smaller congregations because developing relationships with people is different than in larger ones, which is mostly done through programs.

“This is about really getting to know people and helping them through the many stages of life,” he said.

“Things that come up — the joys and the sorrows and difficult things — as you work through all of that and journey and accompanying them, that is rewarding.”

Church has always been part of Chalmers’ life, but it wasn’t until he was in his early 20s that an aunt suggested he get into the ministry that he really started to consider getting ordained.

The idea stuck with him, then in 1985 he did some theological studies, and decided to go for it.

Chalmers has been ordained for 31 years now and has spent time as a university chaplain at the University of Western Ontario in London, and also did work as a hospital chaplain.

Now he’s eager to continue his work in Clearwater and Barriere.

“I’m just really excited to be here and work with the congregations and be part of the community,” he said.

“I have lots to learn, of course, in terms of settling into a new community and ministries, and also being a presence and witness to God and Christ in this community.”

Response from the Heart

A Prayer for the People of Lytton