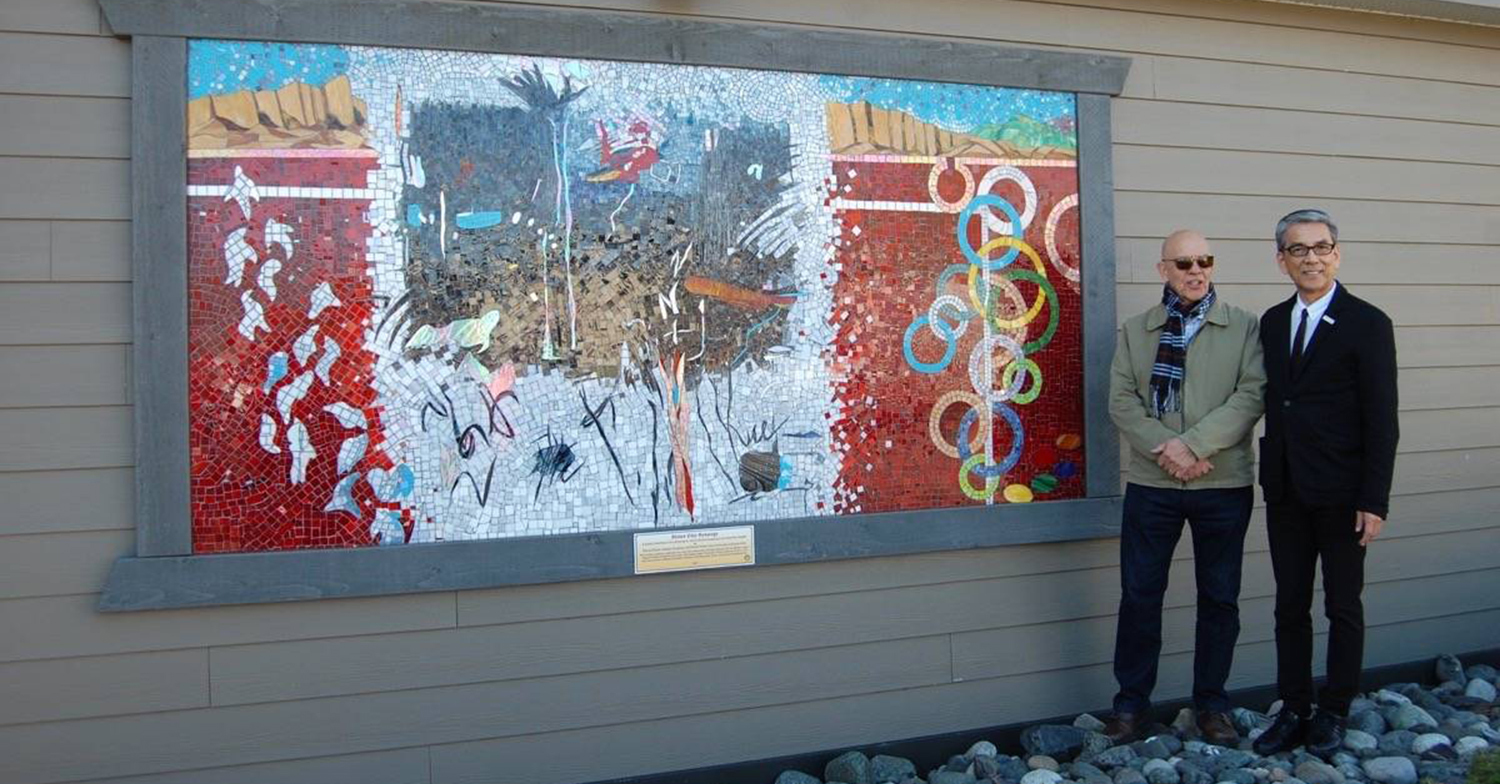 More than 200 people attended the unveiling of a new glass mosaic, a two-year-old glass mosaic, and a bench at the Harmony Bell tower, all of which honour Japanese-Canadians, on Oct. 5.

Japanese Consul General Takashi Hatori, his wife Yuju, and Japanese Consul Noriaki Ikeda were three of the guests at the event, which started at the Ashcroft Library. The glass mosaic “Sister City Synergy” has been on display on the side of the building for two years, but the artists who created it—Ashcroft resident Royden Josephson and Japanese resident Kazuhiko Nagaki—were both present to speak about the piece, which celebrates the sister city relationship between Ashcroft and Bifuka, Japan.

Josephson explained that part of the artwork was drawn from a mural that he and Ashcroft artist Jo Petty painted in Bifuka in 2014, and that an iteration of a painting by Nagaki based on the theme of “life” was superimposed on top of it. Incorporated into the mosaic are elements such as the riverbanks of the Thompson, a copper line representing one of our local resources, the five stepping stones found in the Ashcroft logo, and shapes that suggest fish, birds, or perhaps flower petals, grouped in the 5-7-5 arrangement which is the formal structure of Japanese haiku poetry.

For the remainder of the article go here