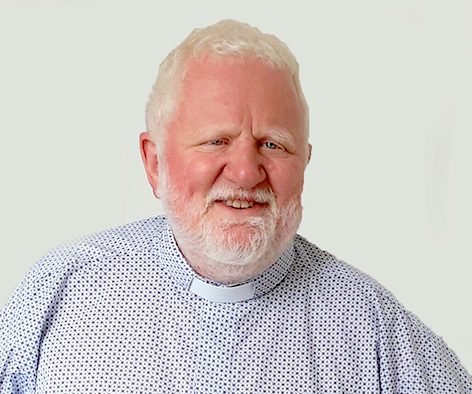 From the Very Rev. Ken Gray:

On Sunday morning at St. Paul’s Cathedral in Kamloops a letter from Bishop Lincoln (see below) was read by wardens Richard and Jon at each service announcing my intention to retire from the ministry of Dean and Rector of St. Paul’s effective May 1, 2021, so six months out.

There are a number of reasons for my decision, which include personal and health reasons (I am not ill, but need to create better physical balance in my life). When I visit with my doctor by phone he asks: “is there anything else?” And there is!

I also believe that after five years ministry here, and hoping that the worst of the pandemic will have abated by next May, it is timely for the congregation to seek and choose a new ordained leader to assist the parish in entering a “new normal” vaccine or not.

Historically I am the oldest of all St. Paul’s Deans; most arrived here mid-career and ministry, so the selection committee opted for (hopefully) wisdom and experience over longevity of tenure. At 63 my departure is a bit premature though timely in so many ways.

A couple of years ago at the Wednesday Communion Service I noticed that everyone in the congregation of ten was retired. I asked them whenthey retired. All did so under sixty years of age. Well, by May 1 I will be sixty-three, and I must say, the timing feels good for me, for the parish and for the territory (diocese).

So we have six months together . . . to change the world!

Dean Ken has served in lay and ordained leadership in the church in many and diverse ways for many decades first in the Diocese of British Columbia (Islands and Inlets) and later in the Dioceses of Yukon, Kootenay, Territory of the People, Saskatoon and Huron.

Since 2001 he has worked locally, nationally and locally on environmental justice issues, work which has taken him to many places in the Anglican Communion as well as across Canada. He plans to continue this work in retirement. Also in retirement he looks forward to recovering an interest in music and to more time and opportunity for photography.

He has been Dean and Rector of St. Paul's Cathedral in Kamloops since April 2016. With wife Kathie, the Grays plan to remain in Kamloops, surely one of the most beautiful places on earth.