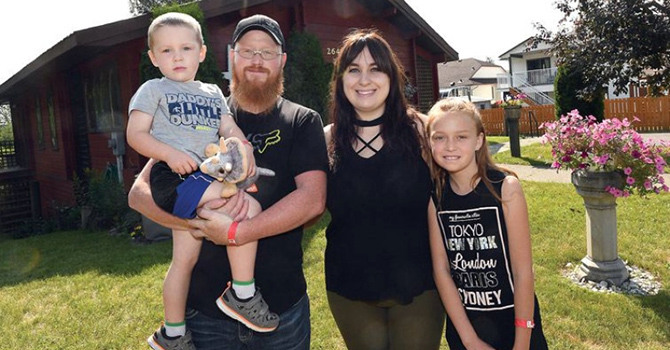 A wedding day is one of the most special days, a dream come true for many brides-to-be.

For Caitlynn Mores, July 29 was to have been her special day to remember, the day she was to marry the love of her life.

But the 25-year-old and her husband to be, Riley Westwick, were evacuated from their home in Williams Lake, along with thousands of others who had to leave everything behind because of spreading wildfire, making Prince George their temporary home.

"I remember sitting there on the couch listening to the radio and we heard the order to go. We had to leave," Mores said.

The couple grabbed what belongings they could but all their plans for a dream wedding at Elysia Resort on Quesnel Lake were left behind.

"We had everything planned and mostly paid for including vests for the groomsmen, bridesmaid dresses, flowers, cabins and tents. It was so unfortunate that we had to cancel," Mores said.

"When we were evacuated, my wedding didn't come to mind at first.

"It was all about my 10-year-old stepdaughter, Jennifer, and our three year old son, Cooper. I just wanted to bring their toys, the things that were special to them and hope for the best."

Read the full article from the Prince George Citizen here.